The concept for London-based band Public Service Broadcasting’s The Race for Space album is the 20th Century Space Race between USA and Russia.

The band had the great idea to make the record ‘flippable’ so there would essentially be two front covers, American and Russian. We talked about how to balance the concept so as to avoid it pushing the Cold War rivalry aspect too much, and instead make sure it was celebratory of each nation’s achievements. 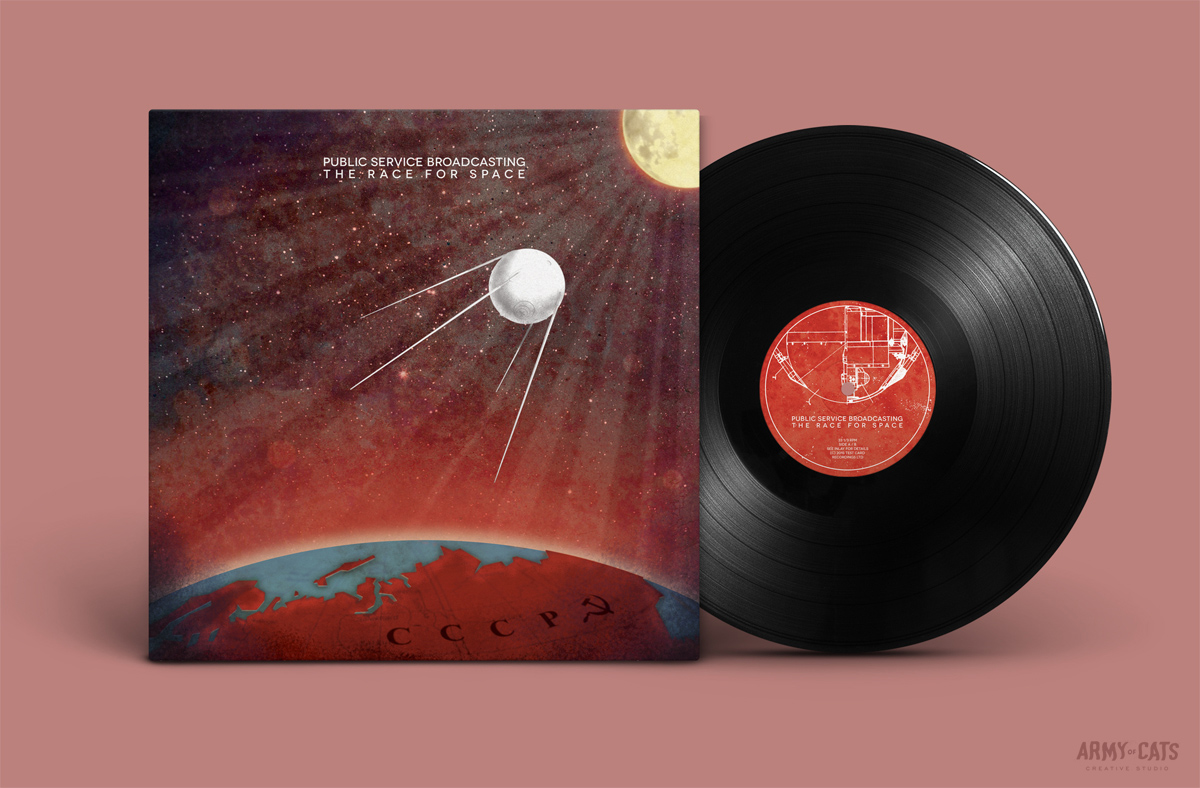 During the process, when the covers were very close to being finalised, the band’s J. Willgoose sent me the following message:

“I haven’t really got 100% excited about this album yet (too many things to do and too many creative doubts!) but seeing these images has made it seem real for the first time. This is all great stuff and exactly the kind of thing I was hoping for.” 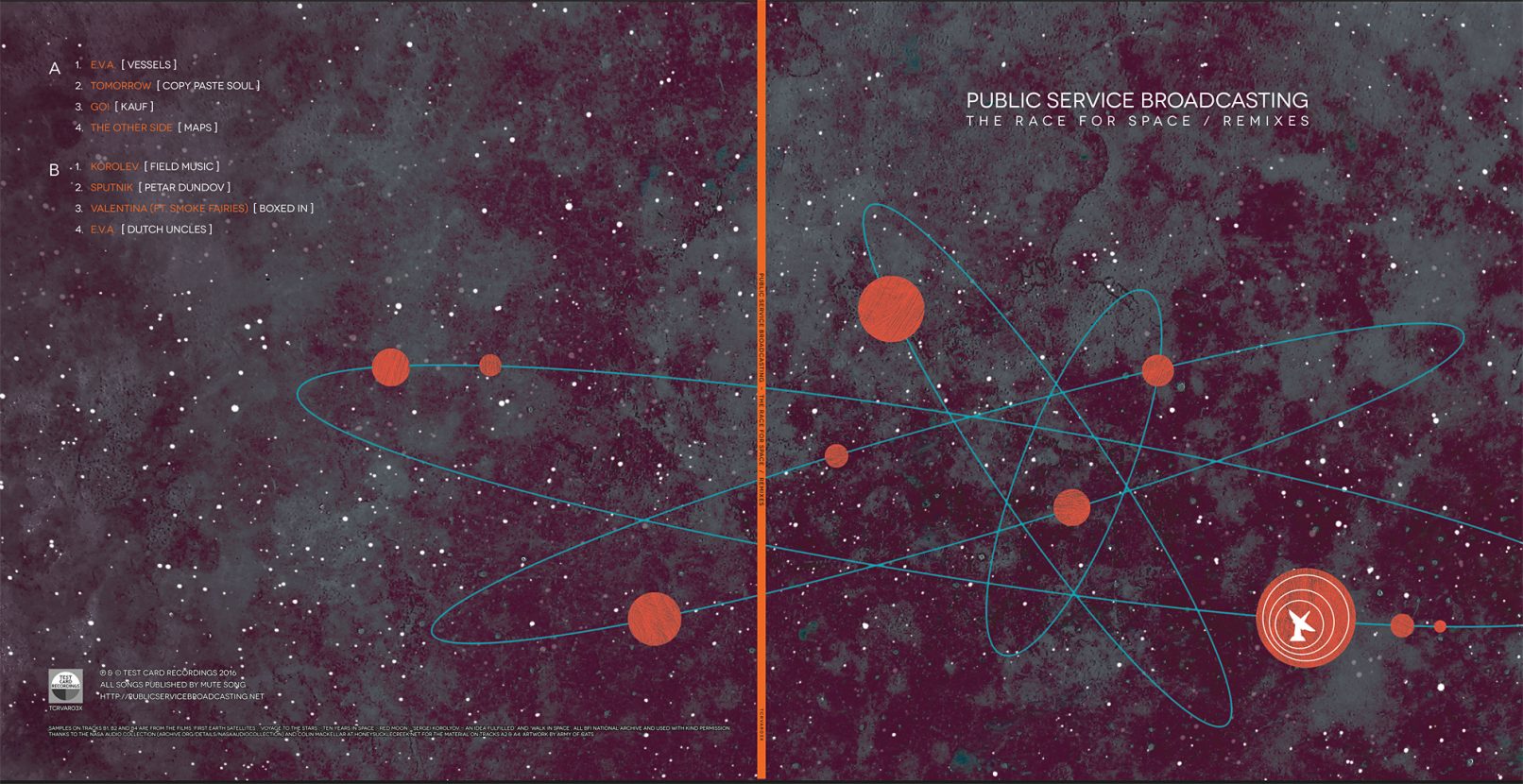 The band went on to release an album of remixed tracks, which I also designed, as well as the artwork on a 7″ picture disc for their track ‘The Other Side’.

I also created the satellite dish logo, which popped up all over the place during the band’s Race For Space period (including as a patch on a spacesuit) and was a nice way to tie everything together. 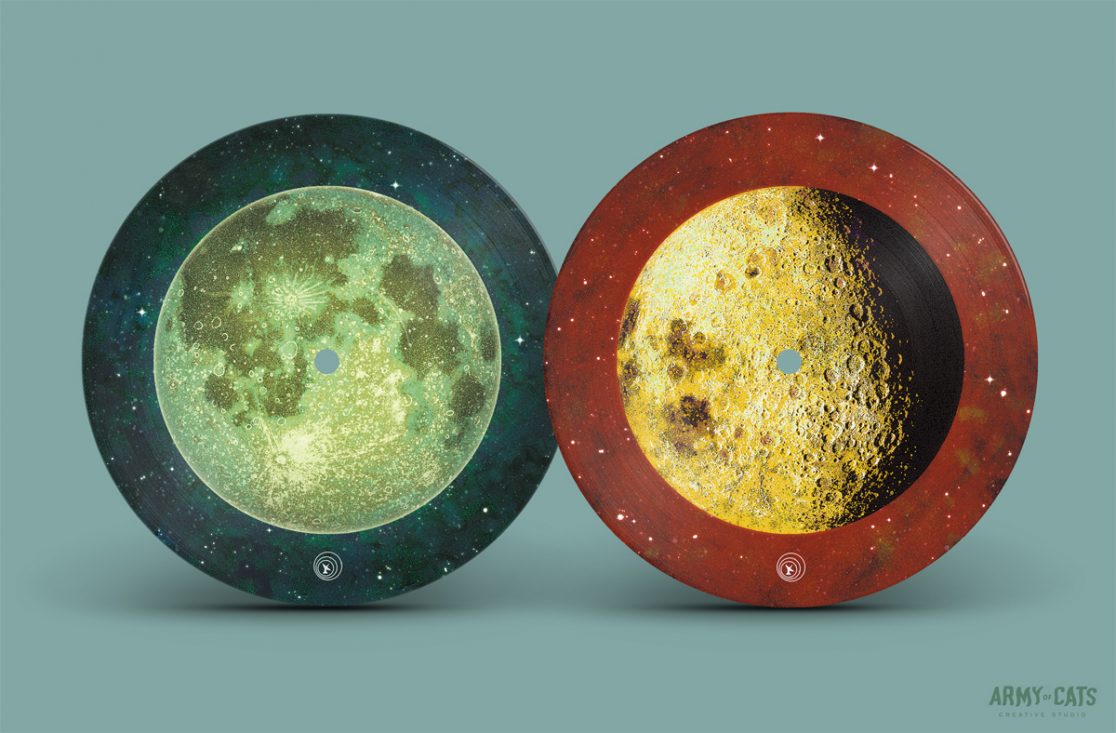