Simon’s Seat is a well-known prominent outcrop of millstone grit near Bolton Abbey in Yorkshire.

I love the folklore and mythology of natural landmarks and there seem to be some different stories floating around regarding the origin of the name. Some say it’s named after ancient druids who followed Simon the Sorcerer, and others suggest it’s more simply named after a local shepherd lad named Simon. Whichever is true, it’s a beautiful landmark, and can be seen for many miles around, poking out of the heathery hillside.

This is a 4 colour silkscreen print which I hand-printed with water-based inks. It’s 7″ square in size, so I guess that makes it more collectable if you’re a music fan? A tenuous link, I’ll admit.

It’s also an open edition print; signed with year & title in pencil at the bottom, and you can totally pick one up in my Shop. 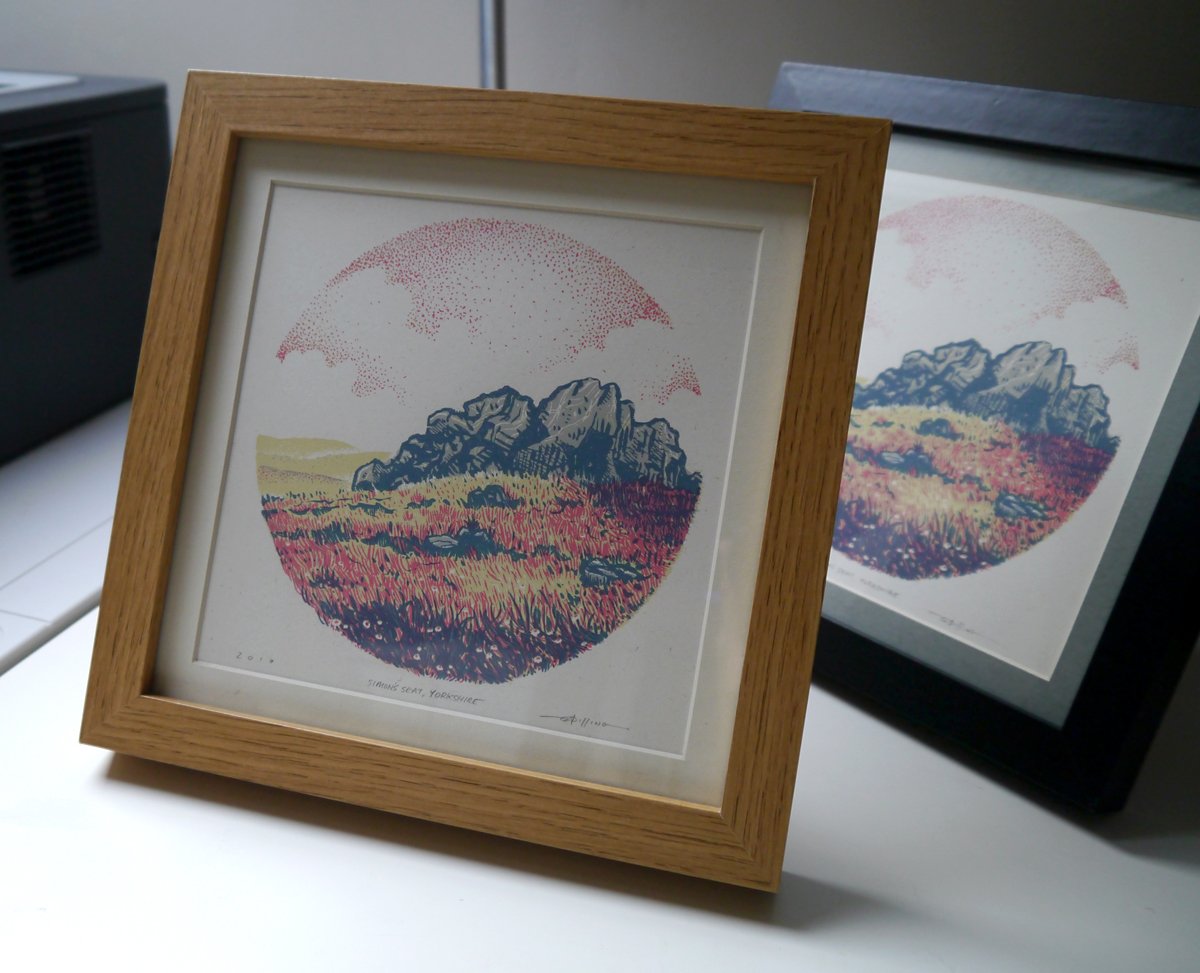 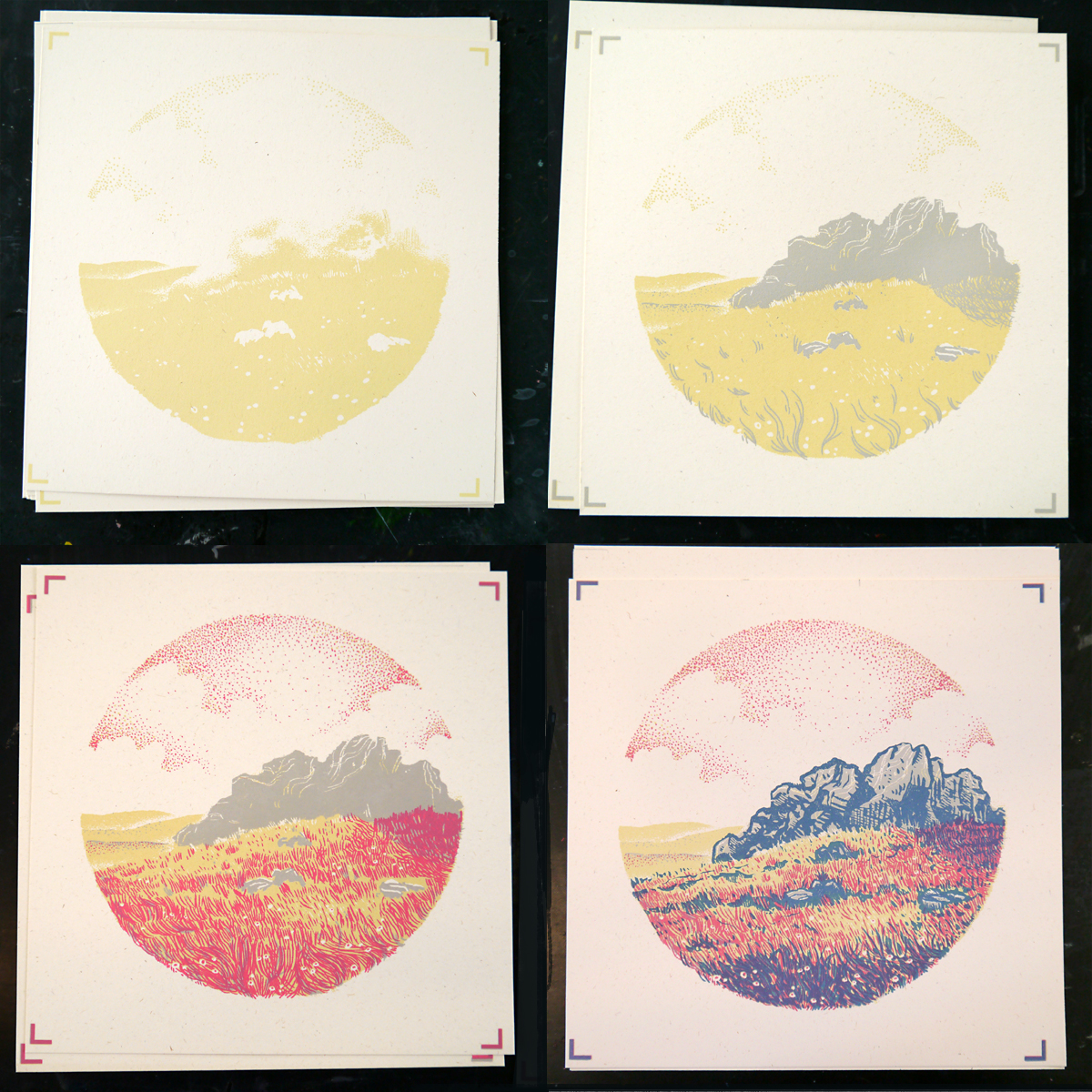 Public Service Broadcasting Every Valley Screenprint
Made In Yorkshire